Children with learning difficulties are given extra attention upon joining our programme. We give our upmost and unconditional support, regardless of the difficulties or circumstances which we might face, with an aim of leaving no child behind when it comes to receiving an education.

Ikhlass, three years old, has difficulty speaking – something which her mother Maha was initially ashamed of and even refused to allow her daughter to participate in the program’s lessons.

“You cannot understand what my daughter is saying, so why am I sending you her videos? It is pointless – she will not learn.” Ikhalass’s mother.

The teacher Fodda Abdallah refused to give up on Ikhlass, though and was determined to make a breakthrough. She followed up with her daily, allowing Ikhlass all the time she needed to understand the lessons and what was required of her exactly, at her own pace. The teacher also encouraged Ikhlass’s mother to join her daughter in the lessons – something which she was reluctant to do at first.

The mother was eventually convinced, and the results were amazing. Ikhlass started interacting and even became vocal. She began listening to what her teacher was saying and repeating the words after her. She even started to sing some songs!

“Never did I imagine in a million years that my child would be able to speak, let alone sing! She has been completely transformed – I’m so happy!

The mother now constantly shares with the teacher videos of Ikhlass pronouncing words and responding to the lessons that she’s given. It’s a daily routine which she now looks forward to.

Back to the Future is funded by the European Union in Lebanon , through the EU Regional Trust Fund in response to the Syrian crisis, the EU Madad Fund, and implemented in partnership by AVSI Middle East , Terre des hommes Italy in Lebanon and  War Child in Lebanon.

Previous Post The story of Iyad - The Wifi Catcher 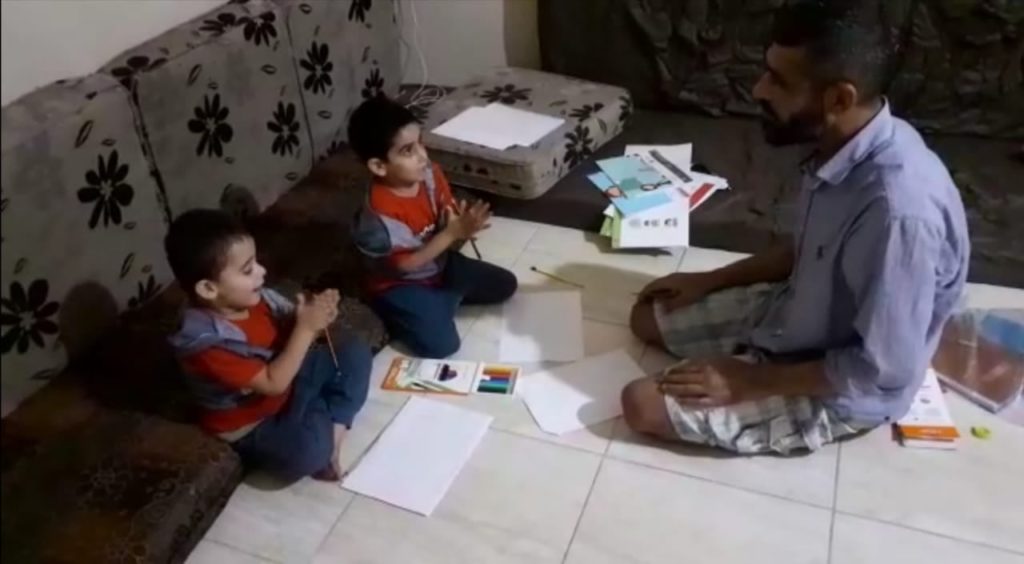