A rough start is not the end of the journey. Abdo (alias), now 5-year-old, comes from a Syrian family who moved to Lebanon 6 years ago. Abdo is the youngest of 6 siblings. He started attending the “Back the Future” program during the second phase (BTF 2) and now continuing through the third (BTF 3).

Abdo started his journey with difficulties in motor skills, attention, mental flexibility, memory, delay in oral language development, and cognitive skills. Under the “Back to the Future” project, Abdo has been followed-up by a Speech and Language and Psychomotor therapist to overcome these difficulties.

“Abdo has shown remarkable progress from his early follow-up.” His therapist explained, adding that she can witness improvements in his motor skills, handwriting, cognitive functions, and creative skills.

His mother further explained: “Abdo can now grasp information better when I’m talking to him and can communicate to me what he needs.”

Abdo’s teacher, who is one of his supporters, expressed the improvements she sees by saying “In class, you can see from phase 2 to phase 3, how he has better interactions with his classmates and how well he can express. He focuses a lot on coloring and gives better attention to details.”

It is just the beginning for Abdo. With therapy and follow-up, he is given the proper support not only to overcome educational obstacles, but also the challenges he might face in his daily life.

“Back to the Future III” is part of the Haqqi Consortium (@sclebanon), funded by the European Union in Lebanon, through the EU Regional Trust Fund and implemented in partnership by AVSI Middle East, Terre des hommes Italy in Lebanon, and War Child Holland in Lebanon 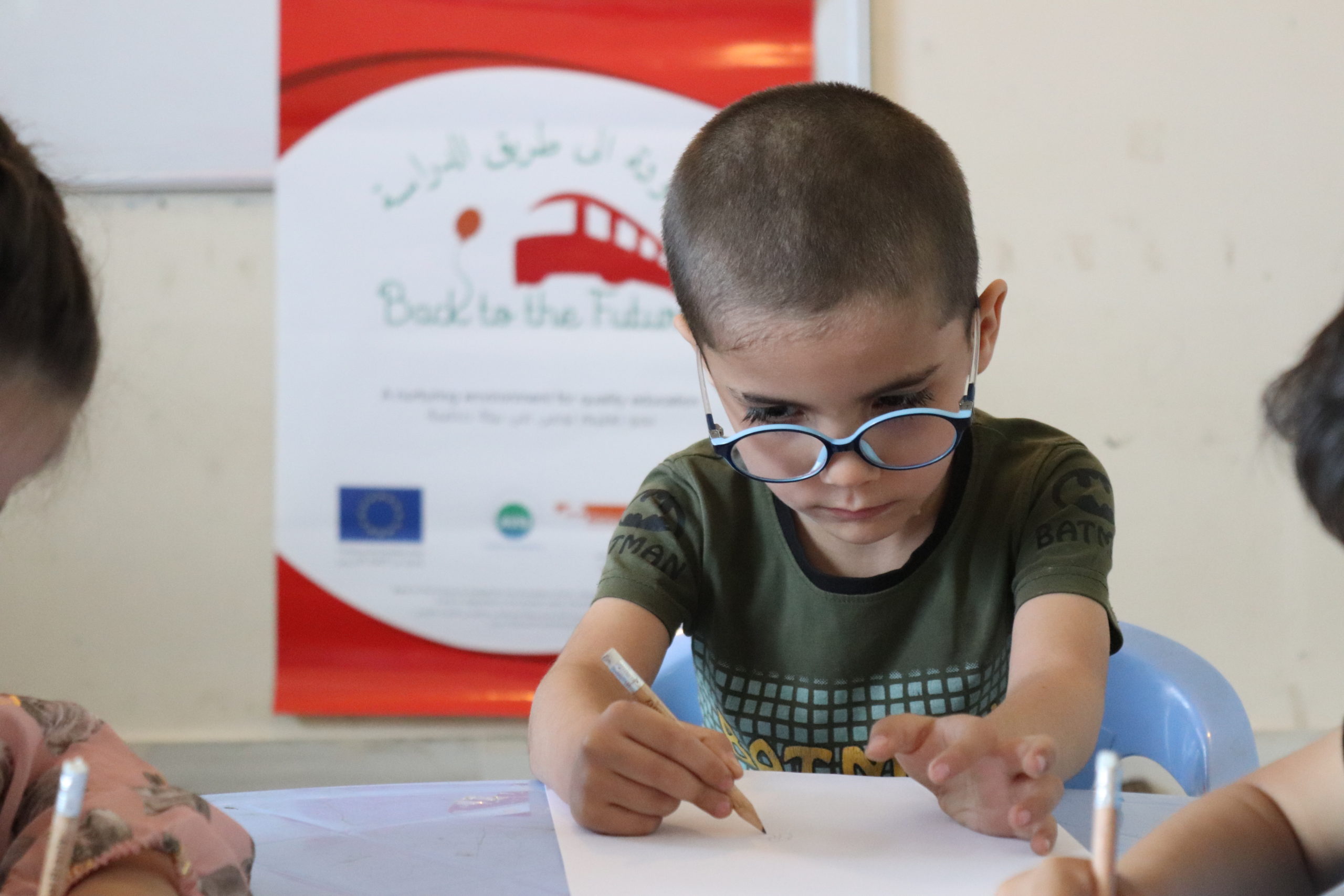 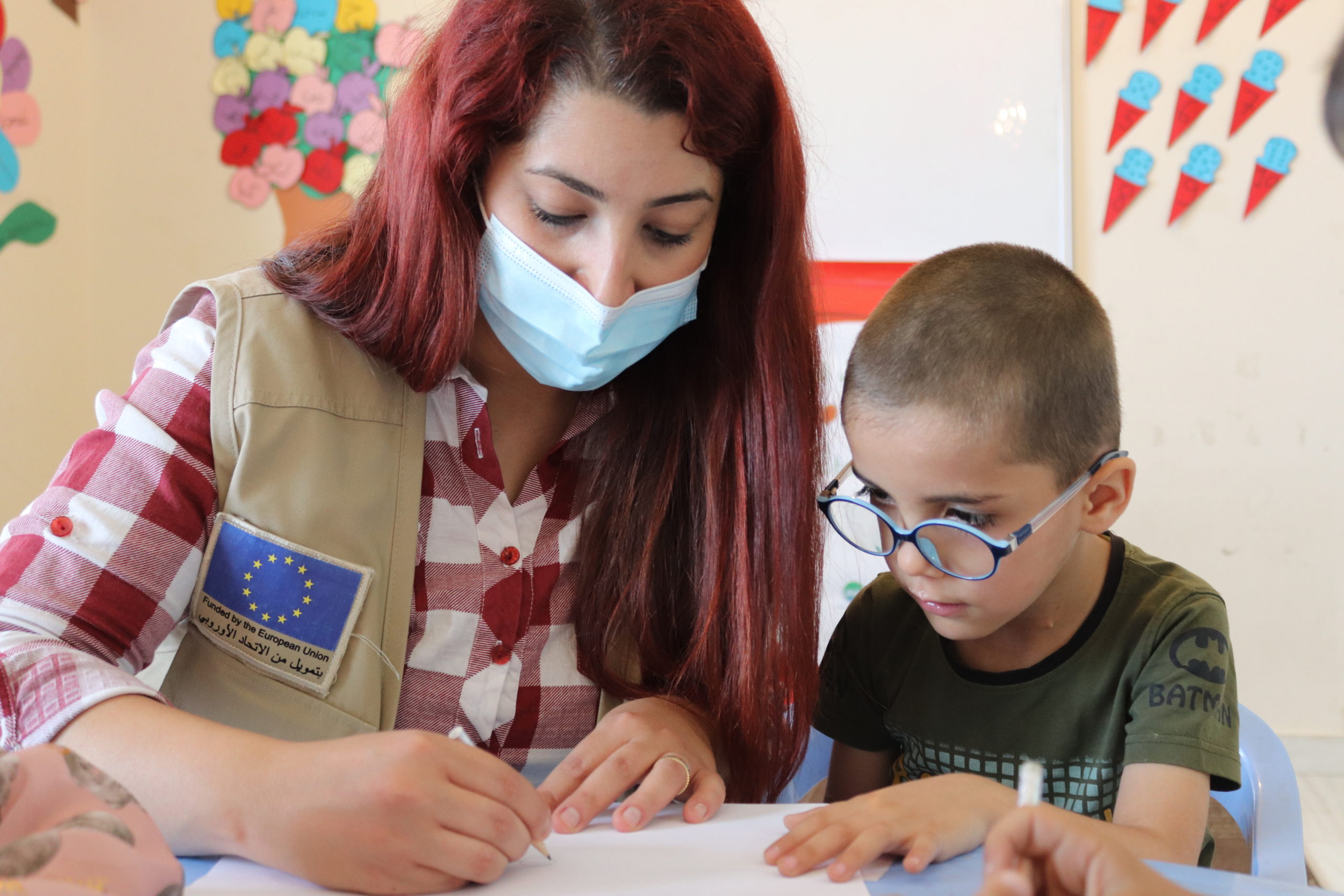