Aya from Syria hopes to help babies later in life

Aya (10) from Syria was only four years old when she had to flee war in Syria. Until the age of eight, she never saw a classroom from the inside. It was at the beginning of the Syrian crisis, when Aya had to flee from Syria, together with her eight sisters, mother and father. From behind her school desk, she tells us: ´I was four years old, when we left Syria. At that time, I always used to play with my sisters and cousins at the yard of my grandfather’s house. My dad was building our own house at that time, as we were living at my grandfather’s home. When we moved to our new forever family home, weeks later the war begun.

As little girls we couldn’t understand what war meant and why we had to leave our country.’ Aya and her family initially moved to Irbid in Jordan, the closest city to the Jordanian-Syrian borders. Although the family stayed there for months, they couldn’t afford the high monthly rent. The family now lives in Aqaba, the only coastal city in Jordan. Until the age of eight, she was forced to stay at home. ‘It made me very sad to have two years pass by for nothing, because I always dreamed of the day I could get to school and meet new friends.’

Syrian children in Jordan do often not go to school because they have never attended school before or because they have significant educational disadvantages due to the war. With help of our ‘Back to the future’-project, Aya now gets extra support and help with her homework so she can make up for the lost years. She wants to become a pediatrician to help little babies. Despite the lost years in school, she is a fast learner. Teachers award her for her good grades
and behavior. ‘I only regret that I got a 9.5 out of 15 for one exam’, she laughs. ‘But I was very sick. I
couldn’t prepare myself properly.’

Risk of dropping out

Many Syrian children in Jordan, but also Jordanian children, are at risk of dropping out of school at an early age. In vulnerable families, education often does not play an important role. When a child performs poorly in school, families may therefore choose to put the child to work so they can help earn an income. Sometimes children, and especially girls, are forced to get married at an early age so the family no longer has to take care of the child. 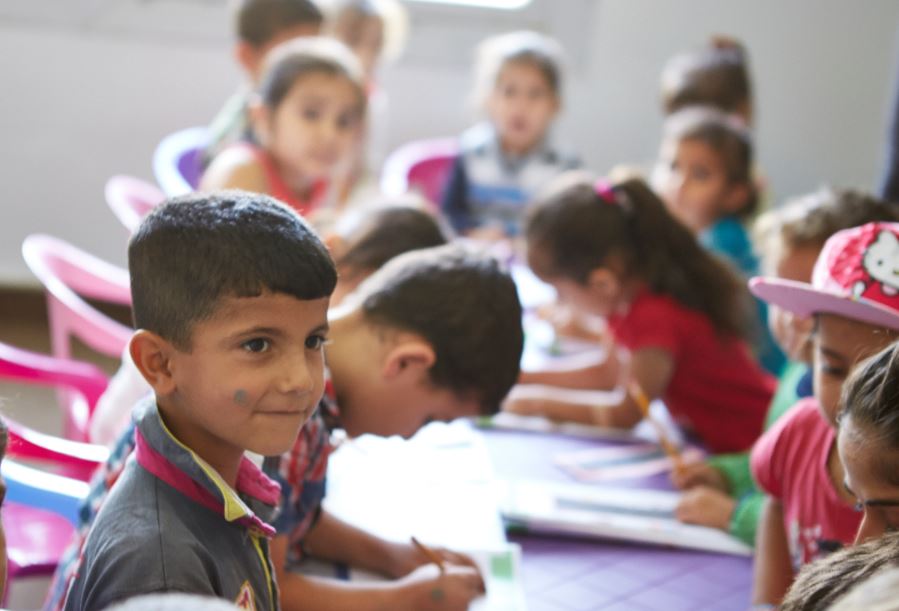 August 19, 2019 Back to the Future: looking back on 2,5 years of education for Syrian refugee children in Lebanon and Jordan Read More

September 4, 2018 Kareem (11) from Syria goes back to school after two years Read More February 8, 2018 Alen: ‘Each child shall have the right to become someone in life’ Read More
We and Third Parties, whom are (partly) outside the EU, use cookies to personalise content and ads, to provide social media features and to analyse our traffic. We also share information about your use of our site with our social media, advertising and analytics partners who may combine it with other information that you’ve provided to them or that they’ve collected from your use of their services. You consent to our cookies if you click on the button provide. AcceptDeclineLearn more